Two years ago I came across Cougar Crag, a climbing area just east of Fallbrook, CA. It had several top rope routes and a few boulder problems. The Cougar Face in particular was one that grabbed my attention. It's beautiful steep 50+ foot wall offered tons of potential for new sport climbs. A few months back, Cameron, Jason, and I talked about bolting it, nothing came into fruition. At this point, I figured if I wanted the face to get bolted I'll have to gather up the equipment. I called my buddy chuck for a hammer drill, ordered 3/8x3in. bolts and hangers from Fixie Hardware, then gathered my gear (rope, harness, grigri, atc, quickdraws, carabiners, hammer, wrench, pipe cleaner, blow tube, duck tape, drill bits, slings, and hardware bag).

Once I had all the gear it was time to get started. First thing I did was drill and bolt the anchors. Next off I rapped and climbed the route several time on TR to find the perfect bolt placements, which I marked with a duck tape X. I then started the bolting process. Drilling, cleaning, hammering, then tightening. The whole process took about three days= 6hrs. two days after I finished bolting/cleaning/ and prepping the route I led it for the First Ascent. It was a pretty amazing feeling and a lot more heady and exposed then it felt on toprope. I don't have a name or a grade yet. I would say its harder than a 5.9 and easier than a hard 5.10 I'd say its around 5.10a/b!

The break down.... A V2/3 first move gets you to a quick rest to get feeling back into your fingertips. After your brief rest you're off on a combination of micro crimps and decent edges to the fifth bolt. Once you make it to the bulge, your at the crux and steepest part of the climb.If you can figure out the beta, your home free! Have fun.... 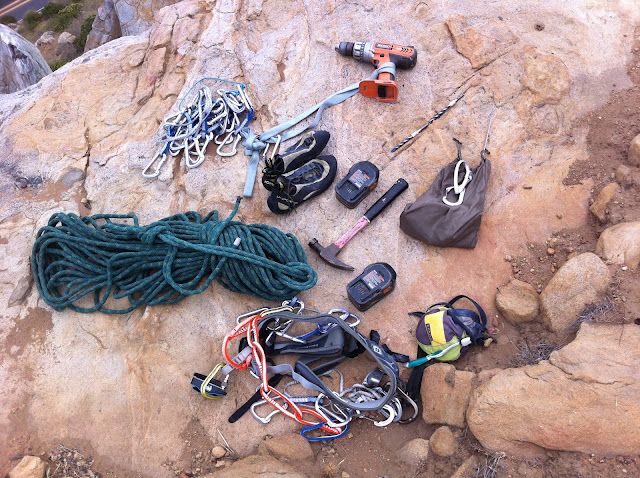 Thanks, Jenny, Nate, Cameron and Jason for your dedication to the area!!
Congrats Cameron Carlson for your onsight 2nd ascent of the route. 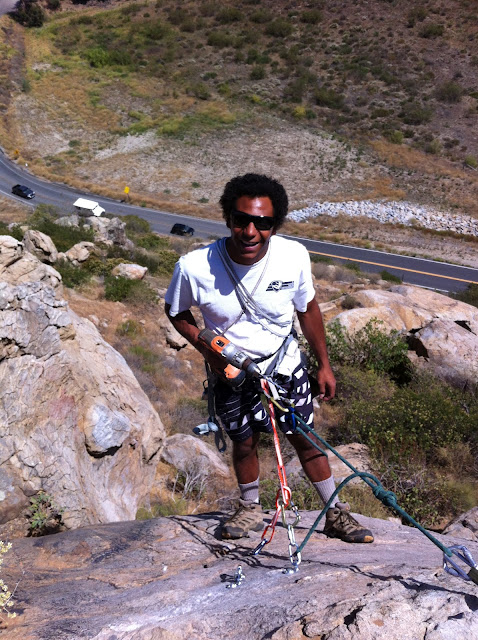 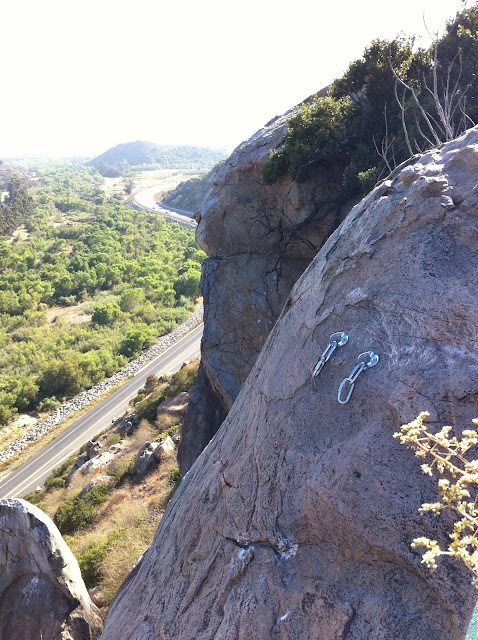 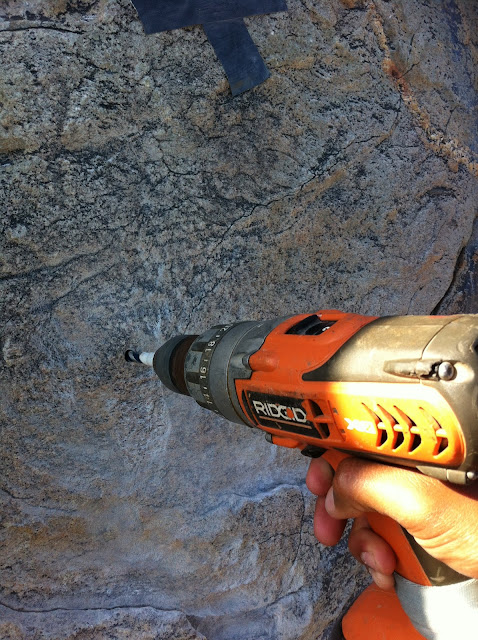 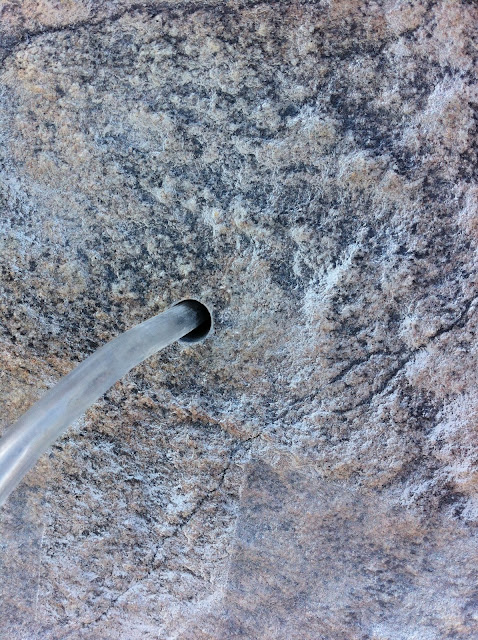 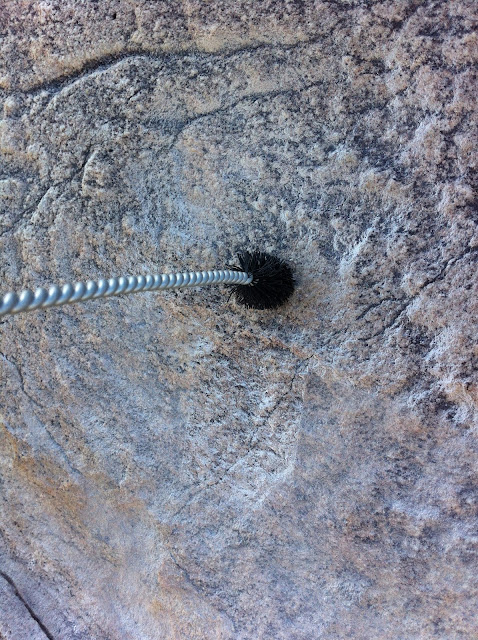 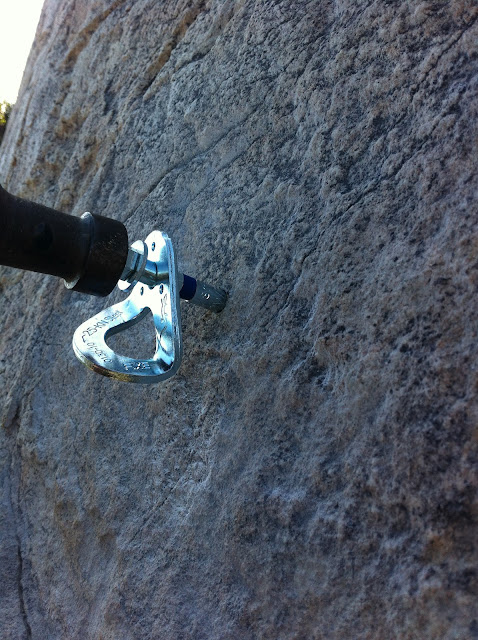 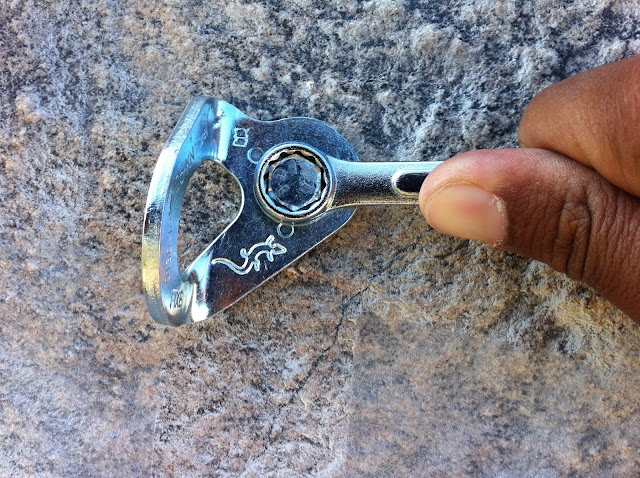 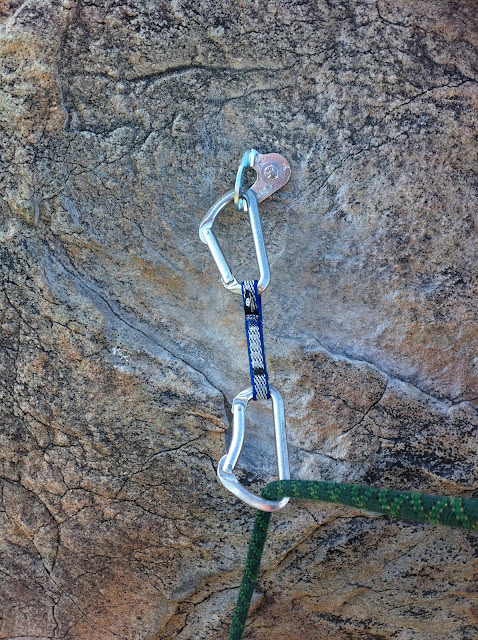 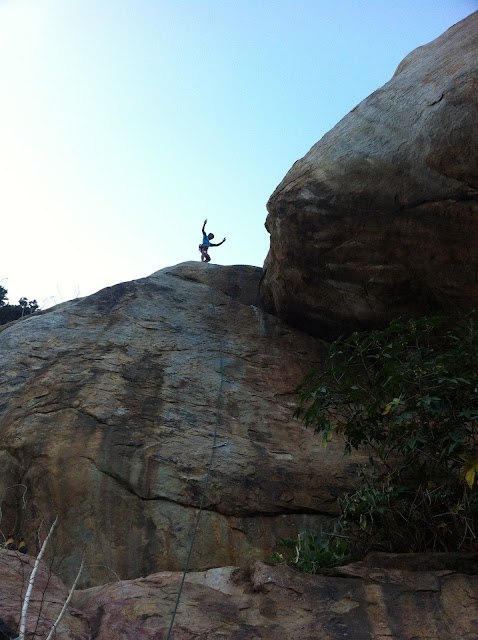